Griffin Storm is an origional series by SpoofDarklion44

Griffin Storm Before the Series

This is the information for Griffin Storm. All images came from Bing Images.

GRIFFINS - Creatures that are a cross between a lion and an eagle. They lay eggs like an eagle, but the babies look most like a lion until they grow their feathers. There are many subdivisions in the Griffin category, as you will see. Each different subdivision has been assigned a letter. Every griffin in that subdivision must have a name beginning with that letter.

FIRE GRIFFINS - Fire Griffins are born looking like an ordinary griffin, but as they grow older their feathers flame but never burn. Two legs are eagle's feet and two are lion's feet. All Fire Griffins naturally have the flaming feathers. All Fire Griffins should have a name beginning with K.

Sun Griffins are not golden; rather they are brown, but in the right light they will appear to be a mass of blinding light rather than a griffin. All four feet are eagle's feet. All Sun Griffins should have a name beginning with I.

METAL GRIFFINS - Metal Griffins have two metal eagle's legs, metal claws on their two lion's feet, and they often have metal melted onto their beaks. Metal Griffins, for this reason, can withstand extreme heat up to a certain point. All Metal Griffins should have a name beginning with T.

WINTER GRIFFINS - Winter Griffins have a snowy appearance, lightweight feathers, and the ability to move easily with the wind. All four feet are lion's feet. Winter Griffins can appear evil for the presence of icicles on their bodies or the fact that they have red eyes, but there is reasoning behind this. They hang out in the cold so much that the icicles become a part of them, and their eyes are red so that if one of them is trapped in a blizzard, other griffins will be able to see their eyes. Winter Griffins often become muscular from flying against the winter winds. All Winter Griffins should have a name beginning with Y.

PHOENIXES - Phoenixes are immortal birds that regularly burst into flame in order to renew themselves. There are no subspecies to Phoenixes, so all of these birds come together in one group. This group is naturally classified Phoenixes. The Phoenixes have a different way of ranking than the griffins, but it is clearly effective since they have stayed together all this time. All Phoenixes have flaming red feathers, but when they renew themselves the color is different. This is what determines the rankings. If a Phoenix bursts into blue flames, this is rare enough that it is put in charge. If it bursts into white flames it is like a deputy, and so on. Red-fire is the lowest rank. It does not matter what letter a Phoenix's name begins with.

MAJOR FEUDS - The griffins are peaceful for the most part, but there has long been a feud between four subspecies of griffins. The subspecies involved should be obvious. The Golden Griffins and the Sun Griffins are working together to try and silence the Lightning Griffins and the Night Griffins. Sarukawa and Ikamazai insist that how these evil subspecies act should not be the way of the griffin. They do everything they can to get Daegando and Vyraska to change their minds, even when it means they must resort to killing off griffins.

Sarukawa in particular hates killing griffins. Fortunately there is an exception. Every last Golden and Sun Griffin has agreed that the way the Lightning Griffins kills their females is not fair. Sarukawa was put in charge of secretly helping the female Lightning Griffins away from their evil home. Knowing that the Golden Griffins could not be seen without their leader while feuding, Ikamazai suggested that Sarukawa's twin brother, the Secondary Golden Griffin Syaluto, should act as the leader while Sarukawa led a group of other griffins to help out the females. Sarukawa was relieved with this plan. He says almost every day to the select group of griffins he takes with him, "We are helping in the midst of harm."

While Sarukawa is doing the peaceful job, though, Ikamazai is out on the feuding field standing against the evil griffins. She is not afraid to get blood on her talons. She said at the beginning of the feud, "Such foul blood is better off being spilled. These griffins are merely evil hearts and minds wrapped in a bundle of fur and feathers."

Ikamazai knows that it will not be long before the feud ends. Soon she and Syaluto will be up in front, facing off against Daegando and Vyraska. Before now, every Highest griffin has sent out their troops to do their fighting. The Golden and Sun Griffins have won almost every time, and the enemy ranks have gotten low, but Ikamazai has battled Vyraska before. She knows the feel of those dark talons across her flesh. It is only a matter of time before the final battle comes.

THE TERRITORIES - The territories of the different subspecies of griffins are very different from each other- and from that of the Phoenixes. Many griffins think that the state of a subspecies's territory has something to do with the way that they act. This rumor started when a Highest Golden Griffin called Skaruk, from long ago, compared her own territory with that of the Lightning Griffins.

The griffins live on the ground despite their ability to fly. They agree that flying everywhere was much more tiresome than walking would be, and they would be more open to attack as well. The Phoenixes live alongside different subspecies of griffins and constantly shift territories. Blue Griffins live in an open field where they can practice running and flying at high speeds without running into anything. They live under the pine trees in the distance. Their water source is the pond that is at the edge of their territory. Feather Griffins live alongside an old trail in the junglelike forest that borders Blue Griffin territory. They live in any undergrowth that feels comfortable. When they follow the trail, eventually it comes to a halt at a convenient waterfall. Fire Griffins live on the top of a mountain where they can view a fiery sunset. When they descend the mountain in search of food, they can also stop by the river that runs across the base of the mountain. Golden Griffins spend their lives somewhere in- or under, no one knows- an open field of flowers off of the Blue Griffin territory. If the griffins take a long enough journey, they will come to a lake, which is visible from Fire Griffin territory. Lightning Griffins choose to spend their time on the other half of the Fire Griffins' mountain ridge. It seems that there is an everlasting storm taking place there. Downhill there is an ocean, which is where the Lightning Griffins stop for a drink as well as to view the lightning, which for some reason looks violet there. Metal Griffins dwell in an underground cave where they can find metal to suit their purposes. The main entrance looks out at the Golden Griffins' water source, which then comes around to an alternate entrance to the cave to make a water source for the Metal Griffins. Not far from Lightning Griffin territory is a dark place that the Night Griffins like. The water source is connected to the Lightning Griffins'. Near the home of the Blue Griffins is a pleasent hillside that reflects the sunlight into the middle of the hills, and the middle of the hills is where the Sun Griffins hang out. They live in the midst of a hillside forest, and just on the edge of that is a gentle, clear, reflective spring that moves by every hill. Sometimes the Sun Griffins just follow the spring to see where it leads.

Winter Griffins naturally like an area where the weather is always cold. It turns out that the Sun Griffins' spring freezes up and leads into what is now Winter Griffin territory, where they are strong enough to break the ice and reach water. The Winter Griffins have a set of intricate under-snow burrows that they remake every month so it doesn't collapse as the snow shifts. 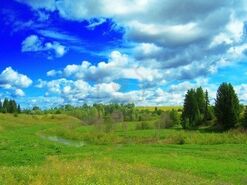 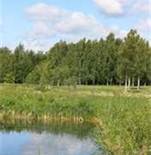 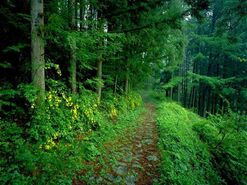 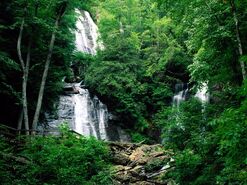 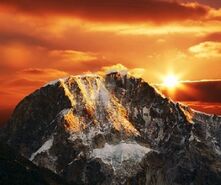 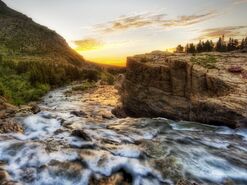 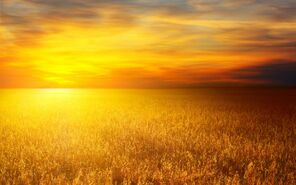 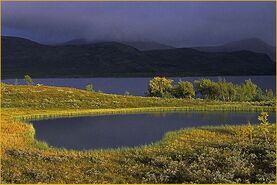 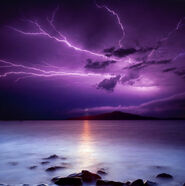 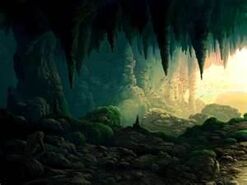 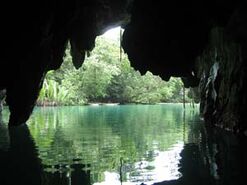 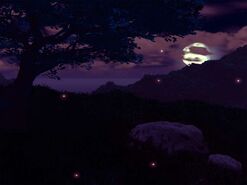 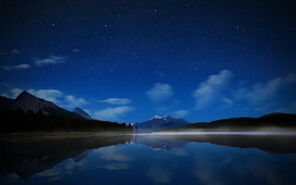 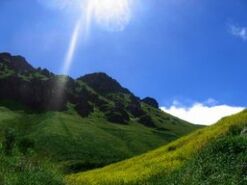 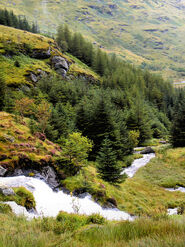 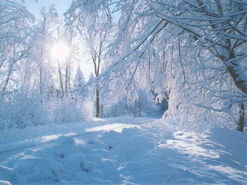 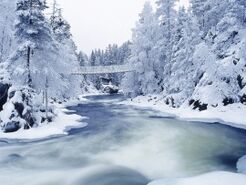 Winter Griffins' Water Source
Add a photo to this gallery
Retrieved from "https://worldoffanfictions.fandom.com/wiki/Griffin_Storm?oldid=19359"
Community content is available under CC-BY-SA unless otherwise noted.